My way to SDR-radio (article of Victor, RV9AT)

The first time I met this technology was in December 2008, it happened accidentally. Being lazy on holiday and searching over Internet I came across Sergey RV3APM site.

Mini transceiver RXTX6.2 on 20 meters band became the basis of a new construction. Power amplifier and PTT board were only added. There was used sound card Creative Connect MP3 Plus USB, bought from the same Sergey. 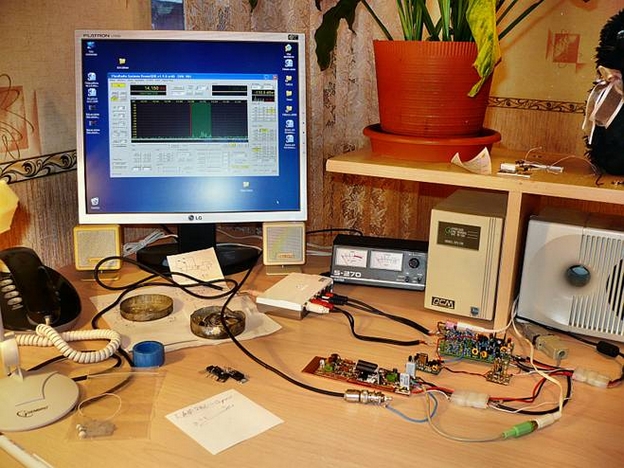 Transceiver had such view practically during a year. It was lying at the table without case, while I was learning how to work in different programs for SDR. I worked in 20 meters band with 8 W and a callsign RV9AT\QRP. I was able to work in PSK and SSB and sometimes even SSTV. 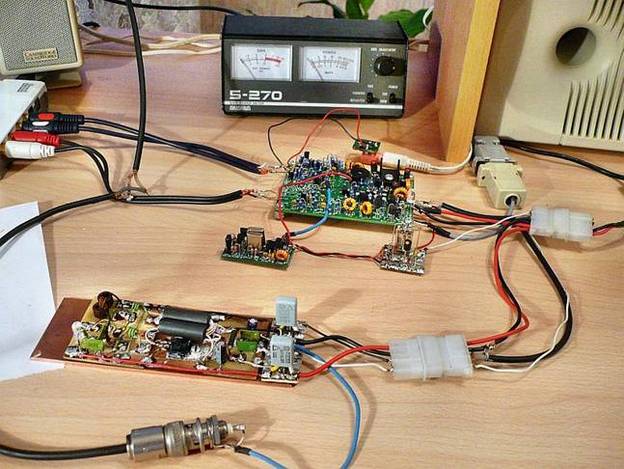 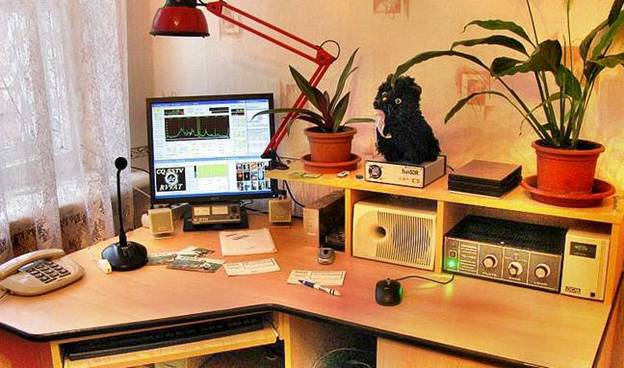 There were only two reasons why I didn’t like it. First of all I didn’t like its design and secondly there were too many cables coming to its back panel. I wanted to put everything together in more or less standard box, because I didn’t have an opportunity to give to operator’s place a parlor. Also I don’t like a “military” style, may be because I am a military retiree by myself. 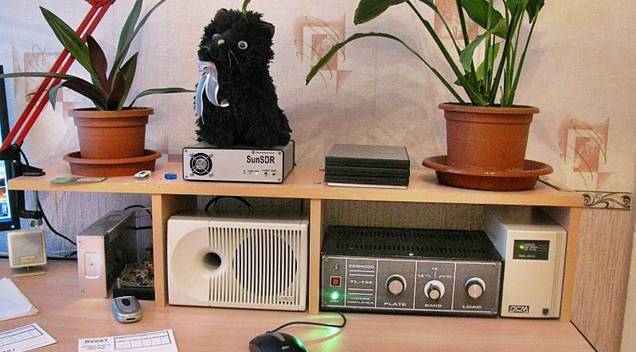 At Alexander’s site (UT2FW) I’ve found information about application of small computer board for working with PowerSDR soft. It gave another food for thought, but it was too lazy for me to make homebrew case. A year has passed so. Then transceiver Flex 3000 appeared and  my brain began moving. And here in December 2009 I bought two cases for mini-ITX JNC i-case 118 computers with built-in power supply, each had a price 1500 rubles.

There I also bought a mother board from GIGABYTE GA-GC330UD, which cost 3500 rubles, together with 2 Gb RAMM http://www.gigabyte.ru/products/mb/specs/ga-gc330ud_10.html. 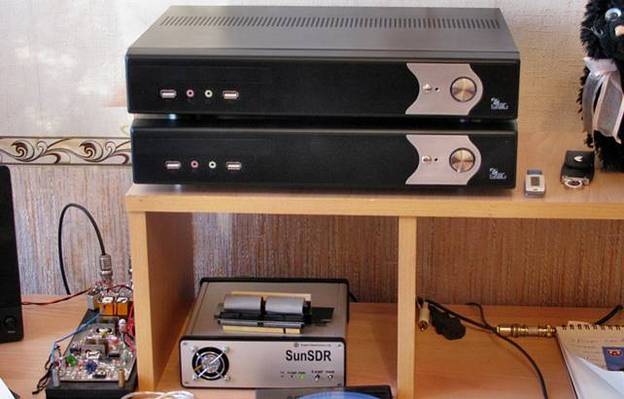 All the following transformations were held during the New Year holidays and are illustrated with photos, which I think doesn’t  need any comments. 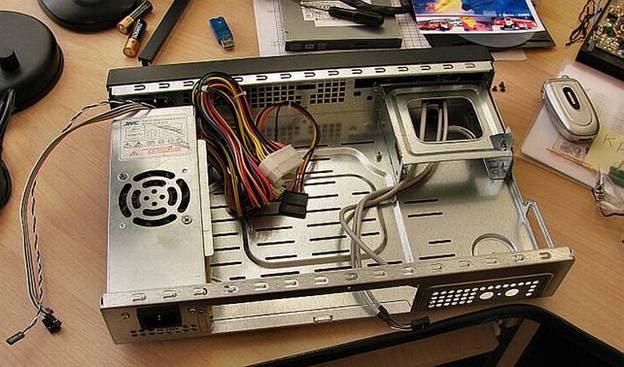 CD-rom was bought in computer commission shop for 500 rubles and I began assembling a constructor. 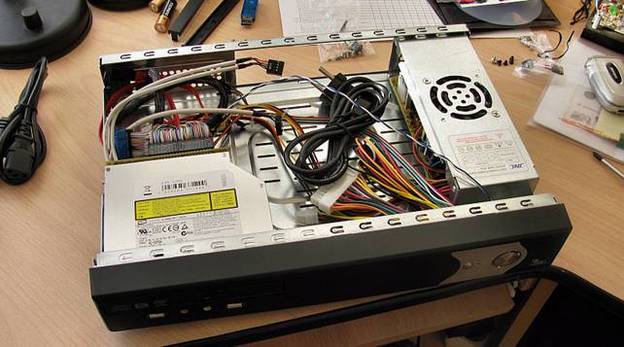 In 1.5 hour the computer was ready and it took 2 hours to install operation system and necessary programs. 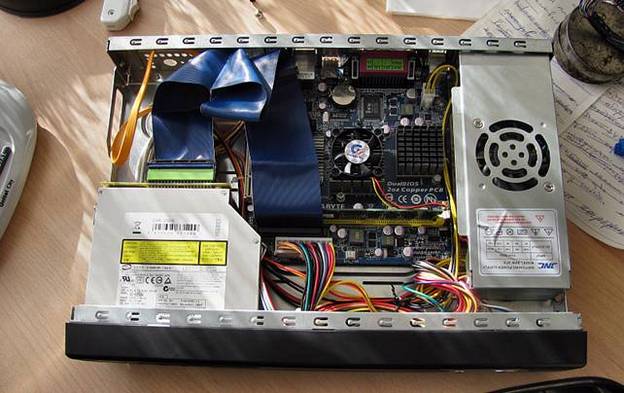 Finally there appeared a small net top with dual core processor. Testing its work with SunSDR showed, that this radio, as wrote Alexander  UT2FW “go as fast as possible”. Processors loading was 4-6%. 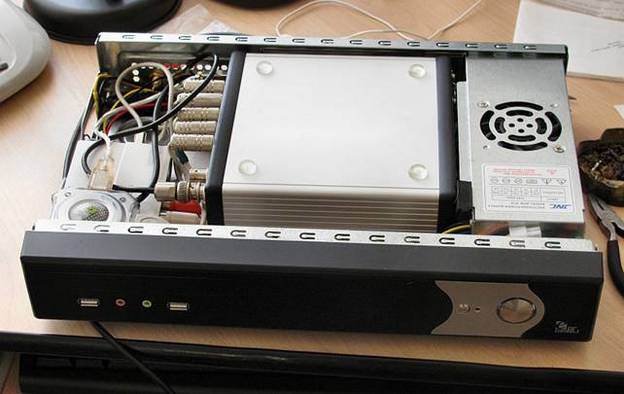 Finally appeared a construction, which has no principal difference from controlling a traditional transceiver: microphone, headphones or external active sound system, antenna, net, PTT IN, PTT OUT and USB cable to a computer. 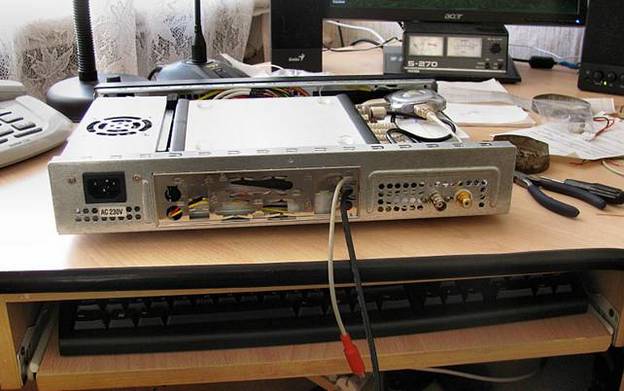 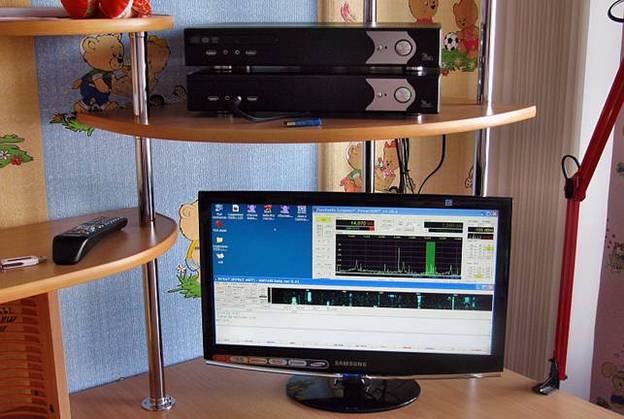 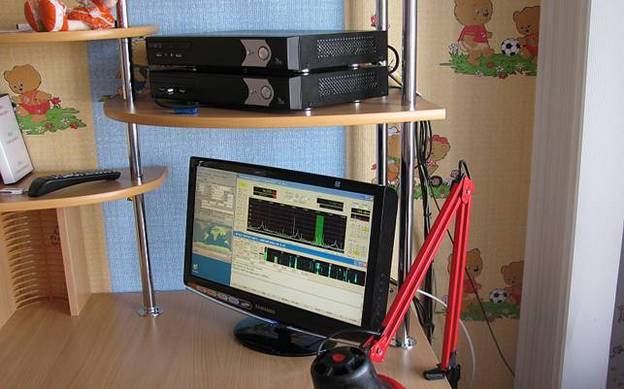 I hope that my efforts will help somebody to choose his own variant.